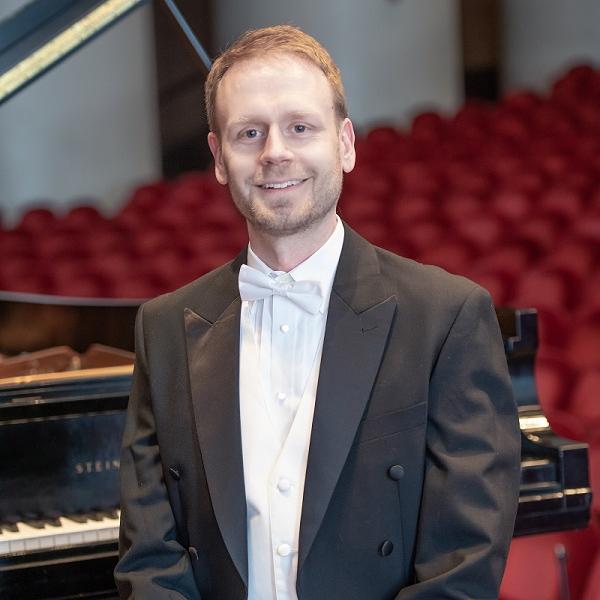 Johnson is on the faculty of the Michigan State University College of Music, where he teaches music theory and piano literature. He was selected to be one of fifteen members of MSU’s 2016-17 Walter and Pauline Adams Academy for Instructional Excellence and Innovation. As a graduate student at MSU, he was the recipient of the Excellence-in-Teaching Citation (2013), awarded to six teaching assistants university-wide and the highest honor for instructors of that rank.