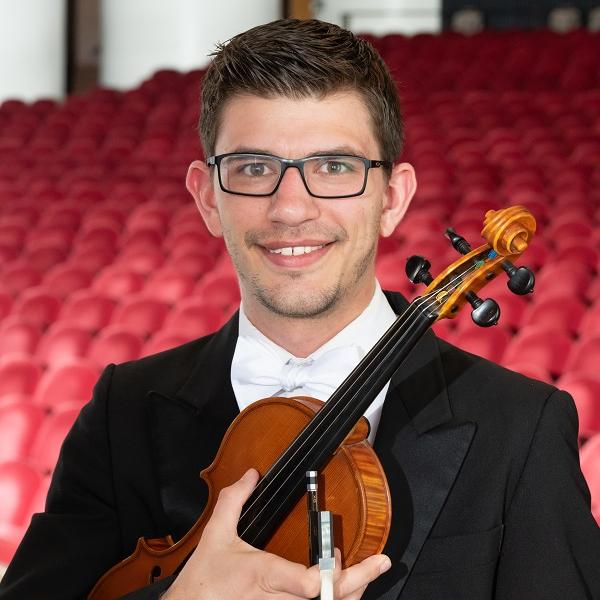 Michael Bechtel began his violin studies in Indianapolis at the age of seven with Jillian Chrisman, and has since studied with Gwen Chan, Anna Skalova, Danae Witter, Stephen Shipps, and David Halen. He has attended music festivals in Ohio, Wisconsin, Missouri, Czechia, and the UK, and also regularly performs with the Flint Symphony Orchestra. He was a member of the New York String Orchestra Seminar in 2011 as a section first violin and in 2013 as principal second violin. He graduated from the University of Michigan with a BM in Violin Performance in 2014 and a MM in Violin Performance in 2016. Mr. Bechtel is currently a student at Michigan State University College of Law.