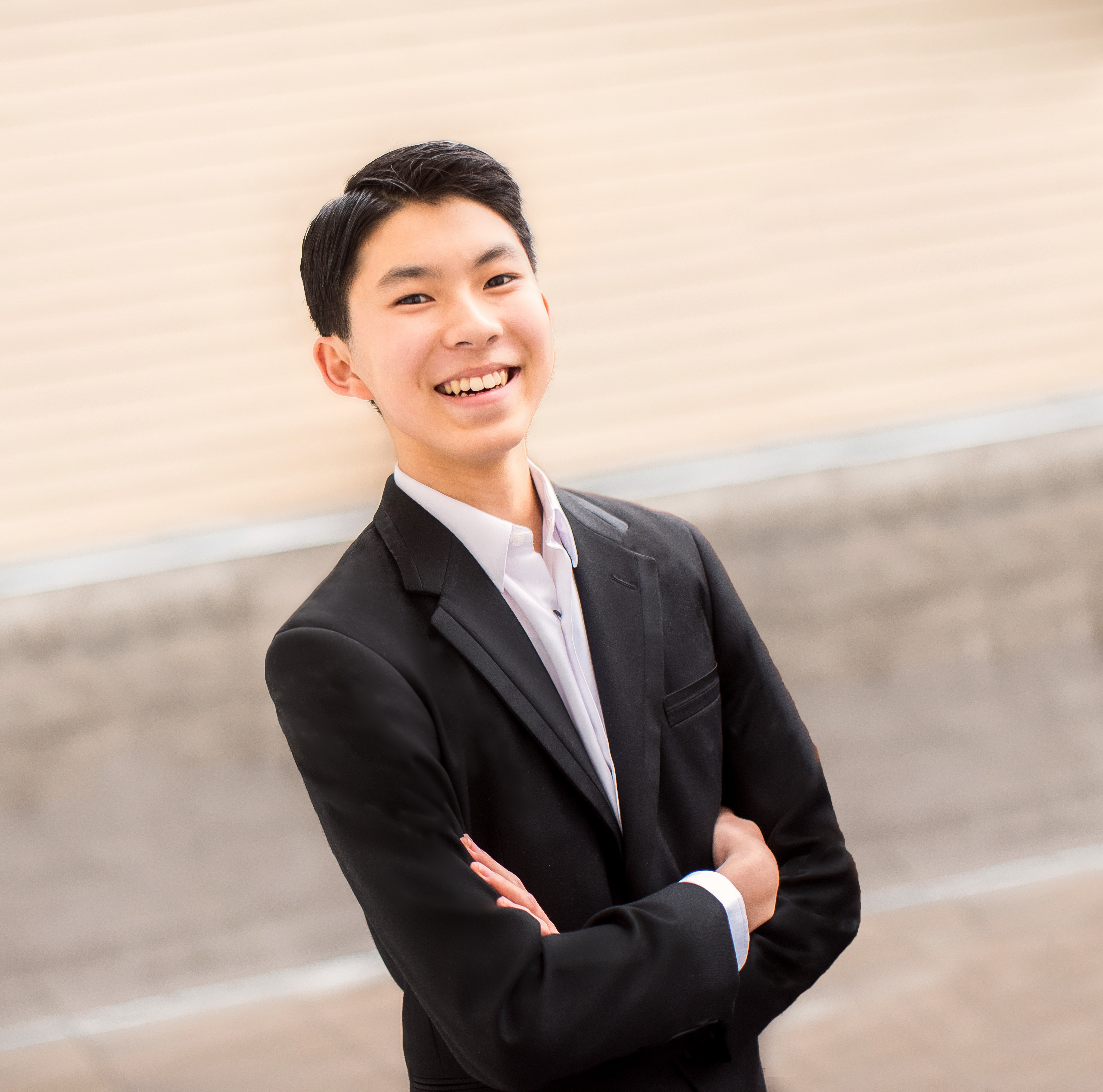 Separated by cultures and centuries, Rachmaninoff and Mozart share a musical kinship as pianists and composers. To highlight this connection, we welcome back award-winning American pianist, Elliot Wuu, to perform Mozart’s Piano Concerto No. 21. The religious undertones and underlying mournfulness heard in Symphonic Dances, which concludes this program, are a glimpse of Rachmaninoff’s struggle with failure and death offset by his own affirmation of faith heard in the exhilarating final movement.

In 1948, the Soviet regime condemned Dmitri Shostakovich for a second time. Andrei Zhdanov, Stalin's henchman in the cultural bureau, announced, "Soviet music was threatened by an invidious 'Formalist School' whose methods were radically wrong." The composer Tikhon Khrennikov declared almost everything written by Shostakovich to be "frantically gloomy and neurotic" and "alien to the Soviet People." The bureaucrats ordered the destruction of all of Shostakovich's recordings. His scores were recycled to save paper. Shostakovich essentially quit composing serious music for public performance until the death of Stalin in 1953. One of the first works from Shostakovich’s pen after Stalin’s death was his monumental Tenth Symphony—a musical catharsis if ever there was one.

A year later, the political situation in the Soviet Union had thawed considerably, but arts organizations still had to tow the party line. The Soviets were continually looking for new music to celebrate the regime. Just a few days before an important performance, the Bolshoi Theater found itself without an appropriate new piece to celebrate the 37th anniversary of the October Bolshevik Revolution. In a panic, they turned to Shostakovich. As soon as Shostakovich agreed, he sat down and started composing. When he finished a single page of the score, he sent it off—with the ink still wet—to a music copyist who wrote out the orchestra parts. Shostakovich churned out his Festive Overture in a mere three days!

The piece begins with a majestic fanfare, first played by the brass but quickly joined by the whole orchestra. The opening doesn’t last long: The clarinets announce the main theme of the overture, played at a blistering speed. In spite of the frenetic tempo, there is a soaring and noble second theme, first played by cellos and horns and later taken up by the violins. Near the end of the overture, a variation of the fanfare returns to usher in a blazing rush to the finish.

Concerto in C Major for Piano and Orchestra, K. 467

When Mozart finally escaped from the oppressive clutches of his father and the stifling atmosphere of Salzburg and settled in Vienna, he had one major problem. He didn’t have a job. So, Mozart set out to do what few, if any, composers in the eighteenth century could do: make a living as a freelance performer and composer. He filled his mornings teaching piano lessons to the children of the upper class and aristocracy. Then he would play piano in the salons of the hoi-poloi. To make even more money he would present an “academy”—a benefit concert for himself in one of the large halls in the city. Competition for such a space was fierce. The only time he could get into one of these halls was during Advent or Lent (when staged productions like operas were prohibited), so he could normally give only one or two a year. He made a lot of money at these concerts; but to make more, Mozart presented a series of concerts in smaller locations, like inns or ballrooms, and sold subscriptions for the whole group in advance—much like your season ticket subscriptions. He recounted his life in Vienna in a letter to his father:

“You must forgive me if I don’t write very much, but it is impossible to find time to do so, as I am giving three subscription concerts in Trattner’s room on the last three Wednesdays of Lent, beginning on March 17. I have a hundred subscribers already and shall easily get another thirty. The price for the three concerts is six florins. I shall probably give two concerts in the theater this year. Well, as you may imagine, I must play some new works—and therefore I must compose. The whole morning is taken up with pupils and almost every evening I have to play. . . . Well, haven’t I enough to do? I don’t think that in this way I can possibly get out of practice.”

Mozart had to deal with the problem of playing something that would draw an audience. He hit on a brilliant solution: He invented the piano concerto. He described his early attempts at the concerto to his father. The same paragraph explains why he remains so popular:

They are a happy medium, between too hard and too easy—very brilliant, pleasing to the ear, natural, without lapsing into vapidity. There are passages here and there from which connoisseurs alone can derive satisfaction, but they are written so that the non-connoisseurs cannot fail to be pleased even if they don’t know why.

Mozart wrote the Piano Concerto in C Major for his academy in the Burgtheater on March 10, 1785. It is a festive one, using trumpets and timpani. The first movement has its surprises. It begins quietly and in spite of the overall major quality, there are a few poignant twists in minor. After the big orchestral fanfare, the solo piano has to delay its entrance because the woodwinds keep going!

The slow middle movement has one of Mozart’s greatest melodies. The noted musicologist Alfred Einstein (and brother of the famous physicist) says that this movement, “with its muted strings, its quivering triplets and its pizzicato accompaniment against the broad arch of the soloist’s cantilena [song], is like an ideal aria freed of all the limitations of the human voice.” No voice could sing the large jumps Mozart writes for the piano. (Incidentally, the title Elvira Madigan is often appended to this concerto, only because this slow movement was used in the 1967 movie by that name. Mozart had nothing to do with it!) The last movement, again beginning softly, is a sprightly rondo full of witty and light-hearted brilliance.

When the virtuoso pianist Sergei Rachmaninoff finally left the turmoil of his native Russia in 1918 and settled in America, his equally important career as a composer came to a standstill. It is easy to see why. He could make much more money as a pianist than as a composer. He regularly performed more than forty concerts a year. However, even if audiences knew Rachmaninoff as a consummate pianist, he felt more drawn to composition; his death certificate listed his occupation as “composer.”

When he did compose, he did it during the summers. In the mid-1930s, he wrote his Rhapsody on a Theme of Paganini. A few years later, the choreographer Mickhail Fokine used it for a ballet based on the legend of Paganini. Perhaps this sparked Rachmaninoff’s interest in the dance because, while recuperating from an illness at a Long Island resort, Rachmaninoff set to work on a piece he called Fantastic Dances. He completed the work in two short months—remarkable speed for his normally laborious style—and invited Fokine to listen to it for a possible collaboration. He titled the three movements, “Noon,” “Twilight,” and “Midnight” (but eventually dropped the titles). It is a reflective look at mankind’s journey from youth, through maturity to old age, and eventually death.

The first movement begins softly and then quickly develops into a robust march. With the short, angular chords which the orchestra plays near the beginning, Rachmaninoff quotes music from The Golden Cockerel by his old teacher Nicholas Rimsky-Korsakov. The march dissolves into a quiet, undulating figure played by the oboe and clarinet. This serves as accompaniment to that rare commodity in symphonic music: a saxophone solo! After the string section gets a crack at the same beautiful tune, it’s back to the march. At the very end of the movement, Rachmaninoff quotes another tune from his youth. This time it is the main tune from his own First Symphony, a composition which brought him no end of critical condemnation early in his career.

Muted brass introduce the second movement with sinister sounding chords. The flute and clarinet answer with flighty arabesques. A solo violin attempts to get a waltz started. Finally, the English horn plays the main melody of this movement, a sort of melancholic waltz, filled with luscious melodies played by the strings, and occasional interruptions from the brass. After a final rhythmic outburst, the waltz disappears as if it were simply a swirling dream.

The final movement begins with a slow, somber introduction and then quickly launches into a rhythmic distortion of the Dies Irae from the Roman Catholic mass for the dead. Then Rachmaninoff quotes other classical works associated with death: the chiming of bells from the last movement of Berlioz’s Symphonie fantastique; the xylophone from the Skeletons movement of Saint-Saëns’ Carnival of the Animals; and Liszt’s Totentanz (Dance of Death). More importantly, he uses a rhythmic variation of the hymn “Blessed Be the Lord”—an old chant from the Orthodox Church. After a slower, somber middle section, Rachmaninoff juxtaposes the Dies Irae and the Blessed Be the Lord for a rhythmic push to the end.

The Symphonic Dances is Rachmaninoff’s last composition. Twenty-six measures from the end of the last movement Rachmaninoff had taken care to write in the word “Alliluya” above the music of the Russian hymn. And he closed the score with the words, “I Thank Thee.”