Known as The Great, Schubert's Symphony No. 9, is an homage to Beethoven but its lyricism and "heavenly length" stretch well beyond Classical norms. Today's most-recorded harpist, Yolanda Kondonassis, will give a unique and electrifying performance of Grammy Award winner Jennifer Higdon's Concerto for Harp and Orchestra.

Gioacchino Rossini was seventeen when he wrote his first opera. During the next twenty years, he wrote nearly forty more operas and then, at the ripe old age of thirty-seven, he retired—fabulously wealthy. Considering that operas generally last several hours, how did Rossini write such a vast amount of material in such a short time?

[I] wait until the evening before the opening night. Nothing primes inspiration more than necessity, whether it be the presence of a copyist waiting for your work, or            the prodding of an impresario tearing his hair. In my time, all the impresarios of Italy were bald at thirty.

The primary reason that Rossini could compose so quickly is that he composed according to a set formula. Deep thought or music challenging to the listener was not the point. “Delight must be the aim of this art. Simple melody—clear rhythm,” he wrote.

Rossini wrote Semiramide in 1823. It is a serious opera about the Assyrian Queen Semiramide. In love with Prince Assur, she kills her husband, the king. However, she soon falls in love with the warrior Arsace, who turns out to be her son. To make matters worse, Arsace really loves another woman, Azema. The ghost of the dead king prophesies that Arsace (his son) will be the next King. A jealous Assur tries to kill Arsace, but gets Semiramide instead. Arsace kills Assur, takes the throne and marries Azema. (Ah, opera!)

Like his operas, Rossini’s overtures follow a set pattern. The overture to Semiramide begins very quietly. Over a repeated rhythm, the volume increases continually until a very loud chord sets up a beautiful slow section. A quartet of horns play the melody here, which comes from the first act. The final fast section is based on a melody from the second act. This section contains several more examples of the volume trick from the introduction; a technique so connected to Rossini that scholars call it the Rossini crescendo.

In spite of his speed, Rossini seemed to have trouble with editing. At its premiere, the first act of Semiramide lasted two-and-one-half hours! Nevertheless, Rossini’s reputation was secure. As Thomas Pynchon wrote in Gravity’s Rainbow, “The point is . . . a person feels good listening to Rossini.”

Concerto for Harp and Orchestra

Jennifer Higdon wrote her Harp Concerto for Yolanda Kondonassis. The Rochester Philharmonic premiered the piece in May, 2018, and it will receive more performances this year by a consortium of orchestra including the Harrisburg Symphony, Oklahoma City Philharmonic, Fargo-Moorhead Symphony Orchestra, Baton Rouge Symphony, and the Lansing Symphony. Jennifer Higdon provides the following notes about the piece:

I love writing concerti because it gives me a chance to not only explore the different instruments’ qualities, but also because I get to experience the joy of the performer in displaying those qualities. Yolanda Kondonassis’ enthusiasm for her instrument is infectious. In order to show off the wonderful aspects of this grand instrument, I have created a 4-movement work:

“First Light” seemed an appropriate title for the first musical glimpse of the harp. Lyrical and stunningly elegant in its solitary quiet, the music moves through musical conversations with various soloists and sections of the orchestra.

“Joy Ride” is a romp through rollicking moods that shift constantly, carrying the soloist through dialogues with first the string section, then the wind section, followed by the percussion and then brass. This movement is all about joy.

The “Lullaby” movement is designed as a chamber work; no orchestral sections play in this movement. The first collaborating instruments are the flute and viola, in honor of the first piece where I really became aware of the harp, the Debussy Trio.

The final movement, “Rap Knock”, is named for the opening sounds played by the harpist. Most people associate the harp with having a “lyrical/heavenly” quality, but I wanted to also allow the enthusiastic rhythmic color of this instrument to emerge. This movement is a real race to the end. The “Harp Concerto” was written for and is dedicated to Yolanda Kondonassis.

Jennifer Higdon, Pulitzer Prize and two-time Grammy winner, taught herself to play flute at the age of 15 and began formal musical studies at 18, with an even later start in composition at the age of 21. She is one of the most performed living American composers working today. She is a major figure in contemporary Classical music, receiving the 2010 Pulitzer Prize in Music for her Violin Concerto, a 2010 Grammy for her Percussion Concerto and a 2018 Grammy for her Viola Concerto. She has also been the recipient of a Guggenheim, Koussevitzky, and Pew Fellowship, as well as two awards from the American Academy of Arts & Letters. Most recently, Higdon received the Nemmers Prize from Northwestern University which is given to contemporary classical composers of exceptional achievement who have significantly influenced the field of composition. Higdon enjoys several hundred performances a year of her works, and blue cathedral is one of today’s most performed contemporary orchestral works, with more than 600 performances worldwide. Her works have been recorded on more than sixty CDs. Higdon’s first opera, Cold Mountain, won the prestigious International Opera Award for Best World Premiere, and the opera recording was nominated for 2 Grammy awards. Dr. Higdon holds the Rock Chair in Composition at The Curtis Institute of Music in Philadelphia.

“Party Animal” isn’t quite the term that should be used to characterize Franz Schubert, but it is close. He was one of those incredibly talented composers who started studying and writing music at an early age. When he was eleven, he became a student of the powerful composer Salieri, that notorious nemesis of Mozart so ably depicted in the film Amadeus. By the time he was a teenager he had already produced piano pieces, many songs, several string quartets, a symphony and an opera. It was when he was in his twenties, still producing prodigious amounts of music, that he lived the life of a “bohemian.” Rarely having very much money, he would shack up with various friends and somehow manage to get by, without seriously pursuing a “career” in music, as either a pianist or composer. When he did play or compose, it was for his friends. Their evening gatherings were later called Schubertiades —the nineteenth century version of today’s jam sessions.

Of course, he did manage to sell some of his music to publishers and to land some patronage. Nevertheless, most of his vast output was unknown to the public, or even the musical world, until well after his early death at the age of 31. Tonight’s Symphony No. 9 was probably never performed during Schubert’s lifetime. Although the Vienna Musikverein had started rehearsing it during Schubert’s last year, they laid it aside because it was “too hard and long” and never performed it. The symphony then languished in the hands of Schubert’s brother until that great Romantic flag-bearer Robert Schumann unearthed it in 1838. Soon afterwards Felix Mendelssohn conducted the premiere performance.

Schubert lived in the same city as Beethoven. This giant had a tremendous influence on him, and Schubert wrote this symphony only a year after Beethoven’s death; but already it presents a different sort of music. That really is the “difficulty” that the Viennese orchestra encountered. Robert Schumann, the great nineteenth-century composer and critic, gave us the key to listening to this great work. He wrote:

. . . more than merely lovely melody, something above and beyond sorrow and joy . . . lies concealed in this symphony – nay, more, that we are by the music transported to a region where we can never remember to have been before – to experience all this we must listen to symphonies such as this. And this heavenly, long-drawn-out symphony is like some thick romance of Jean Paul’s in four volumes, which can never end – and, indeed, for the very best reasons, in order that it may draw along the reader with it up to the last moment. How refreshing this feeling of satisfaction of being deceived by the large wealth of melody, whereas with other composers one always fears the end, and feels often saddened by the feeble conclusion!”

Melody! That is key to listening to Schubert. Each of the four movements fits into the standard symphony plan: A fast first movement preceded by a slow introduction, a slow second movement, a rollicking third movement and a brilliant finale. Nevertheless, as Schubert presents those lyrical melodies yet another time in a different key, allow yourself the sensual pleasure saying “I hope this never ends!" 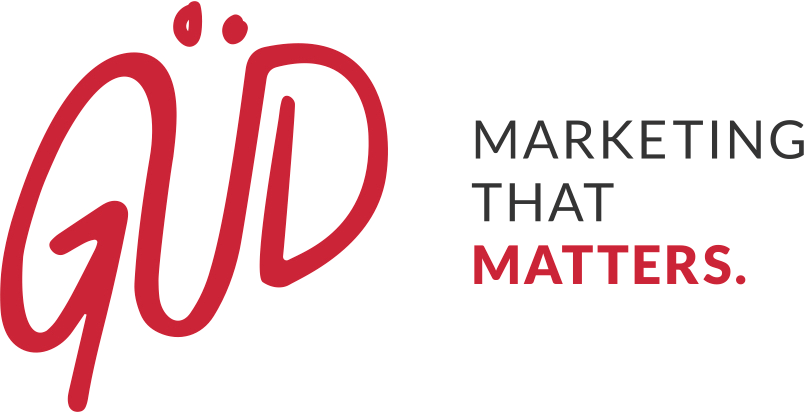