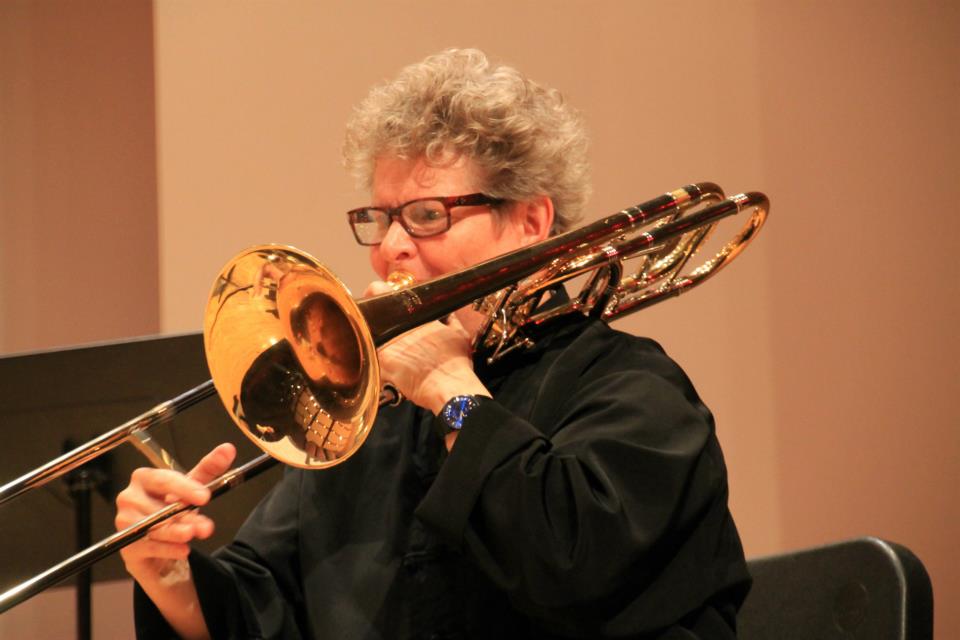 The unparalleled refinement and nuance heard in Brahms’ symphony paired with Beethoven’s timeless Egmont Overture will envelope the listener in beauty, melancholy, hope, and triumph. The world premiere of local composer David Biedenbender’s Their Eyes Are Fireflies trombone concerto, performed by LSO’s Principal Trombonist, Ava Ordman, will be a bold interjection to this otherwise classic program.

Imagine attending a “classical” concert by the San Antonio Symphony in fifty years. Just like concerts for the past 150 years, that program will probably feature a major symphony or concerto. However, can you imagine it starting with some music from the Harry Potter films? Is music for the movies of high enough quality to withstand concentrated listening in a concert hall—without the pictures? Tonight’s concert begins with music that Beethoven wrote—not for a movie, obviously—for a play by the great German poet Johann Wilhelm Goethe. The manager of the Vienna Court Theater asked Beethoven to write some music for a revival of Goethe’s Egmont. Beethoven supplied an overture, music to precede the other acts (called entr’actes), some songs for the heroine Clärchen, and a final triumphal symphony. Most of that music has faded into oblivion. (Take heed movie music composers!) Nevertheless, the overture is a mainstay of the orchestral repertoire.

Count Lamoraal van Egmond (Egmont) was born in 1522. He served in the army of Charles V, helping to free Flanders from the French. Initially, Egmont was a supporter of Charles’s son Philip II, even representing him in the negotiations concerning his marriage to Queen Mary of England. But when Philip tried to turn Flanders into a Spanish dependency and issued harsh decrees against the Protestants, Egmont resisted. In 1568, Philip’s captain general, the cruel Duke of Alba, had Egmont beheaded for high treason.

The overture to Egmont begins with solemn minor string chords that alternate with tender woodwind utterances. The slow opening dissolves into a mysterious-sounding theme played by the cellos. It repeats several times, getting faster and faster, and finally catapults into the main body of the work. It is full of fire and passion, characterized by heavily accented chords that give way to a lyrical melody representing Clärchen, who tries to rescue Egmont. In Goethe’s play, the Duke of Alba commands his band to drown out Egmont’s farewell speech. The band’s music is the triumphal symphony that Beethoven wrote for the play. He included it in the final part of the overture.

Their Eyes Are Fireflies

Their Eyes Are Fireflies

David Biedenbender’s work is often influenced by his diverse musical experiences in rock and jazz bands as an electric bassist, in wind, jazz, and New Orleans-style brass bands as a euphonium, bass trombone, and tuba player, and by his study of Indian Carnatic music. His present creative interests include working with everyone from classically trained musicians to improvisers, composing for acoustic chamber music to large ensembles, and experimenting with interactive electronic interfaces to live brain data.

Mr. Biedenbender is Assistant Professor of Composition in the College of Music at Michigan State University. He received the Doctor of Musical Arts and Master of Music degrees in composition from the University of Michigan and the Bachelor of Music degree in composition and theory from Central Michigan University. He has also studied at the Swedish Collegium for Advanced Study in Uppsala, Sweden, the Aspen Music Festival and School, and in Mysore, India where he studied South Indian Carnatic music.

David Biedenbender originally wrote his trombone concerto Their Eyes are Fireflies for trombone and wind ensemble. Tonight’s performance is the premiere of the orchestral version of the work.  The composer has provided these notes about the piece:

I often wonder what it’s like to see the world through the eyes of my children. I have two sons, Declan and Izaak and, at the time of writing this piece, they were ages two and four, respectively. The title, Their Eyes Are Fireflies, is a metaphor for the magic and joy they bring to my life. The light in their eyes—both the way in which they take in the world with wonder and amazement as well as the way they add light to the world with their innocence and joy—has shaped and changed my perspective in profound ways.

For Declan, there are so many beginnings, so many firsts, so many discoveries, and so many adventures. The first movement begins with an extended trombone cadenza in time, building from the foundations of the instrument into increasingly accelerating, ascending, and ecstatic waves and surrounded by distant echoes and a halo of dimly twinkling lights. These waves finally burst, revealing a distorted image of the beginning—cascading waves of sound that finally come crashing down like an overgrown tower of toy blocks.

The second movement, This song makes my heart not break, is for Izaak. One day he said this exact phrase, and its simplicity and directness stopped me in my tracks. For me, this very un-adult-like turn of phrase contained something special—both a recognition and admission of pain but also a turning toward healing. This music is my humble meditation on Izaak’s words.

The third movement is entitled Izaak’s Control Panels. Izaak loves to draw and paint. One of Izaak’s favorite subjects has been ever more fantastical control panels. We have piles of these controls panels in our house, carefully created using pencils, pens, markers, and paint on sheets of paper of varying sizes and colors. These control panels are connected to airplanes, racecars, boats, helicopters, and even strange, imaginary machines that he’s created both in his imagination as well as with Legos. What’s more, the panels often contain gadgets and gauges for unusual and awesome purposes, including to measure the level of mint chocolate ice cream (his favorite flavor), chocolate milk, pasta, as well as typical things like speed, altitude, and fuel. This music comes from looking at the world through the creative and surreal lens of a four year old: motoric, machine-like music for building imaginary worlds is disrupted by the playful smashing, destruction, and recreation of those worlds, culminating in a spectacular and bizarre place where time flows backward, objects fall up rather than down, and airplanes come with milkshake gauges.

For audiences who look for a connection between the particulars of a composer’s life and his music, Johannes Brahms can be maddening. He wanted it that way. Brahms carefully and willfully destroyed much of the evidence that biographers rely on to reconstruct composers’ lives. He did this in reaction to what music had become in the hands of his rivals Richard Wagner and Franz Liszt. These two composers (and those who copied them) were nineteenth century examples of media personalities. They were legends (and myths) in their own time, purposely manipulating their biographies to enhance their fame and fortune. Their music is simply an extension of those personalities. As great as their music is, it almost demands an understanding of their lives to fully appreciate it.

Brahms spurned that sort of fame. He lived a simple life and did simple things. He had a standard routine of eating at the same cheap restaurant every day and going for walks. He never married and lived in the same three-room apartment for years. Even his work style was routine. He would compose in the summer while staying at a spa. During the winters he lived in Vienna. There he finished and proofed the summer’s work. Brahms enjoyed his time with friends, but had few very close ones. At the end of his life he destroyed a wealth of correspondence which would have shed a lot of light on this puzzling man. Instead, all we are left with is his music.

It took Brahms a long time to start writing symphonies. He was past forty when he finished his first. His second symphony followed within a year. He started the third five years later and shortly after that completed the fourth. And that was it for Brahms and the symphony.

The first movement starts heroically enough with three powerful chords underlying three notes: F-A-F. (Some say that they represent a motto of Brahms: Frei aber froh—free but happy.) These chords lead into the powerful first theme played by the strings. The harmony of this melody is ambiguous. Is it in major or minor? Even the rhythm is uncertain. Do you hear three beats or two? The second theme of the movement is a gentle rocking melody played first by the clarinet.

The second movement has a relaxed tempo and a very simple tune, again played by the clarinet. That melody is the basis for the whole movement. Occasionally Brahms brings in a solemn chorale-like melody that will show up again in the last movement.

A single melody is also the basis of the third movement. This time it is a soaring, melancholic one played by the violins. The short middle section finally has the light dance-like quality we expect in third movements.

The final movement begins with a hush. The solemn chorale from the second movement appears, and then Brahms lets loose with fire and heroism. The movement alternates between the hushed and the heroic until finally, very softly, we hear the initial three notes of the symphony, F–A–F. The hush dissipates into silence.