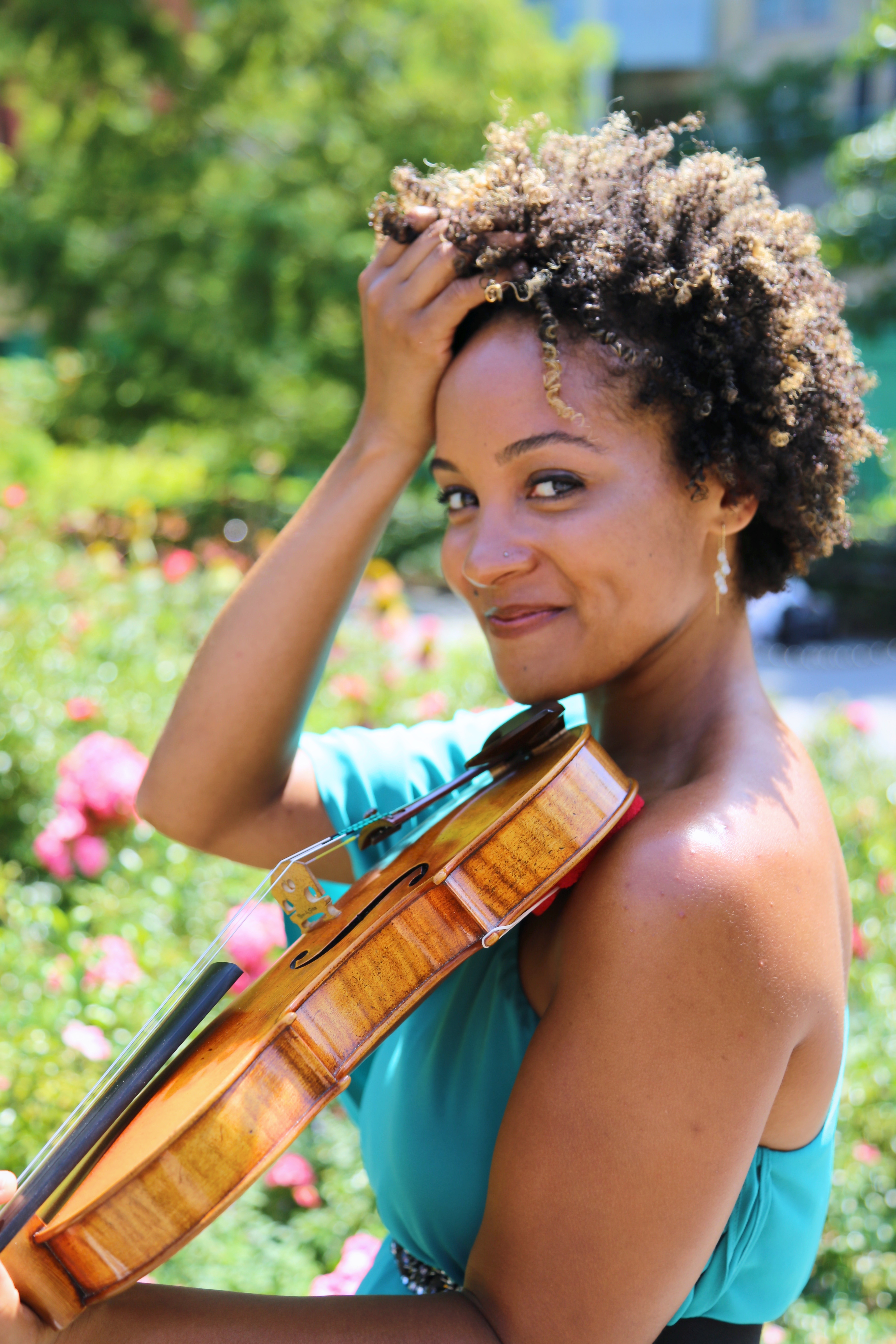 Suite No. 2 from “The Three Cornered Hat”

As a young man, the Spanish composer Manuel de Falla wrote zarzuelas, a type of Spanish operetta. In 1907, he went to Paris to broaden his horizons and study the techniques of other great European composers. While there, he rubbed shoulders with the French impressionists Debussy and Ravel who, at the same time, were experimenting with the exoticism of Spanish music. Falla’s studies in Paris enabled him to combine melodies and rhythms of his native Spain with the fantastic colors and harmonies of French impressionism.

Back in Spain, Falla wrote The Three-Corned Hat as incidental music for a pantomime. He based it on the 1874 novel written by Pedro Antonio de Alarcón. The great Russian impresario Serge Diaghilev saw the production and convinced Falla to rewrite it as a ballet—and enlisted Picasso for the sets and Léonide Massine for the choreography.

The humorous story is about a miller and his lovely young wife. At the beginning of the ballet, they are joyfully tending their grapes. The Corregidor (governor), wearing the sign of his office, a three-cornered hat, approaches. He flirts with the miller’s wife, but his own wife’s glare sets him on his way. Later he returns to flirt some more. This time, the miller hides while his wife dances a seductive fandango. Lunging forward for a kiss, the Corregidor falls into a bush. The miller appears, feigning alarm at the governor’s intrusion, and then the happy couple sends the old man on his way.

Meanwhile, the miller has escaped. He comes home, finds the Corregidor’s clothes, and in a fit of rage exchanges them with his own clothes. He leaves a note: “I’m off to avenge myself. Your wife, too, is very handsome.” The Corregidor finds the note, puts on the miller’s clothes, and is promptly apprehended by his own bodyguards. The miller’s wife returns. She sees who she thinks is her husband, and attacks the bodyguard. The miller enters and sees his wife defending the Corregidor! Not to worry – this is ballet after all. All ends well as the couple is reunited and the Corregidor is tossed in a blanket.

The music extracted from the ballet for the suites from The Three-Cornered hat is as fun as the story. The Second Suite starts with the music that accompanies the neighbors as they gather to celebrate the Feast of St. John. Next is the miller’s first dance in the ballet, a fiery farruca. The suite ends with the frenzied and joyful jota that concludes the ballet.

Not many composers had the benefit of coming from a wealthy family, but there were a few. Felix Mendelssohn’s father was a wealthy banker. In addition to being a child prodigy, Felix could count on daddy to support his talents. The French composer Ernest Chausson also came from a well-to-do family: His father was a building contractor who helped Baron Haussmann rebuild Paris in the 1850s. Like the Mendelssohns, the Chaussons maintained a fashionable salon that brought many of Paris’ leading intellectuals and artists to their home. Unlike Herr Mendelssohn, Monsieur Chausson did not want his son to become a composer. So, in spite of his artistic proclivities (he was also a writer and a drawer), he went to law school. It was only after he received his doctorate in law and became a barrister that he decided to enroll at the Paris Conservatory.

Ernest’s first composition teacher was Jules Massenet. He also took classes from César Franck who developed an almost cultish following among his students. Chausson also fell under the spell of the music of Wagner, travelling multiple times to Germany to hear his operas. A man of means in his own right, Ernest and his wife carried on the salon tradition of his family, and he financially supported younger composers such as Claude Debussy. He also became the secretary of the Société Nationale de Musique, the group started by Camille Saint-Saëns to support young French musicians. As a composer, Chausson wrote very little music. He had a latent perfectionism and fear of appearing amateurish so there are only thirty-nine works in his catalogue. However, he managed to write something in almost every genre: song, opera, symphony, concerto, and chamber music. Unfortunately, like many composers, Chausson died as a young man. It wasn’t poverty, overwork, or illness that got him. While bicycling at one of his estates, he hit a stone wall and died instantly.

The great Belgian violinist Eugène Ysaÿe (the “King of the Violin”) asked Chausson to write a concerto, but he demurred and instead wrote a single-movement work. It started out as Le Chant de l'amour triomphant (The Song of Love Triumphant). He based it on a novella of the same name by the Russian author Ivan Turgenev (who was a frequent member of Chausson’s salon). It tells the story of a love triangle. The unlucky suitor in the story returns from the Far East and plies the happy couple with an enchanted wine and plays exotic music on his violin to try to win back his love. Chausson abandoned the story idea, went for pure music, and titled the piece simply Poème.

The Poème is rhapsodic in nature, but there is a recurring melodic theme that binds the piece together. It begins with a doleful orchestral introduction. The violin enters and presents the main theme without accompaniment. The orchestra echoes the theme and then the violin launches into an impassioned cadenza. A faster section ensues, full of romantic anxiety. It builds to a tremendous climax and then dissolves into a return to the main theme. This time, it transforms into an even more fervent tempo. The orchestra gets a final soaring statement of the primary theme, but it is up to the violin to wind things up. With a series of trills, it brings us back down gently.

Havanaise for Violin and Orchestra

The biographer James Harding tells the story of a devout French peasant who bought a packet of chocolate that also contained a picture of a saint—one of a series of pictures of famous people given free with the confections—sort of like baseball trading cards. The peasant’s son was seriously ill, and since all of her previous prayers had gone unanswered, she decided to try this particular saint, vowing to always wear his picture. The boy recovered and ever afterwards, “she carried reverently attached to her bosom the yellowing likeness of Camille Saint-Saëns.”

Such was the fame of this prolific composer. Born only 7 years after the death of Beethoven, Saint-Saëns lived through most of the shaping revolutions in European classical music and lived long enough to be the first established composer to write for films (1908)! A true child prodigy, he composed his first piano composition at the age of three. His debut piano recital, given when he was ten, included a concerto by Mozart, solos by Handel, Kalkbrenner, Hummel, and Bach, and the third concerto by Beethoven, all performed from memory. For an encore, he offered to play any of Beethoven's thirty-two piano sonatas from memory.

“I live in music like a fish in water,” he stated. For him, composing music came as naturally and easily “as an apple tree produces apples.” He composed his first symphony at the age of 13. Over a very long and productive life, he wrote nearly 200 works in almost every genre: operas, ballets, sacred works, songs, symphonies, chamber music, and lots of music for solo piano. He wrote five concertos for the piano, three for the violin and two for the cello. The music he wrote exhibited characteristics of both the classical and romantic tradition.

During the last part of the nineteenth century, Spanish music was all the rage in France, and French composers were happy to oblige. (Bizet wrote his opera Carmen in 1875, Chabrier wrote España in 1883, and Massenet wrote the opera Le Cid in 1885). In the autumn of 1885, Saint-Saëns was touring northern France with the Cuban-born violinist Raphael Diaz Albertini. On a cold November night, the crackling of the fire in his room suggested a melodic idea that became the basis for his Havanaise (French for habanera, a type of Cuban dance) that he later dedicated to Albertini.

After a brief introduction, the violin plays a beguiling and sometimes sultry theme that uses alternating triple and duple figures over a repetitive habanera rhythm. The simple charm doesn’t last long. The orchestra brashly introduces an opportunity for the soloist to display all sorts of pyrotechnical skill with occasional references to the original theme. The excitement eventually ends with a return to the opening melody. Suddenly, a second bravura section begins. After all sorts of flash and dash, the habanera theme returns and the piece dissipates like a whiff of smoke.

The Pines of Rome

When it comes to the music of the twentieth century, scholars tend to focus on the “giants”—those composers whose works break with the past and set music on new paths. Those giants—like Igor Stravinsky and Arnold Schoenberg—produced most of their earth-shattering works in the first thirty years of the century. They had a powerful influence on all music. But there are also the “not-so-giants” who were actively writing at the same time. Their music, much of it very interesting and good, has had a difficult time making it into the standard repertoire.

Because of his conservative nature, Ottorino Respighi never made it into the pantheon of the great composers. Nevertheless, in terms of mastering the craft of writing for orchestra, he has few equals. Respighi didn’t want to be avante-garde. Instead, “he desired above all to compose music that would speak to his compatriots about all aspects of their beloved country in a musical language that was beautiful and easy for ordinary people to accept and enjoy.” The works that he is best known for are a series of three symphonic pictures called tone poems. In each, Respighi handles the orchestra as if it were a canvas on which he paints vivid sound colors. The first, written in 1916, is called The Fountains of Rome and the third, Roman Festivals was written in 1928. The second, The Pines of Rome, was written in 1924. Thankfully, these works are part of the standard repertoire and are audience favorites.

Writing in the third person, Respighi provided the following comment for the first Philadelphia Orchestra performance of The Pines of Rome:

While in his preceding work, The Fountains of Rome, the composer sought to reproduce by means of tone an impression of nature, in the Pines of Rome he uses nature as a point of departure, in order to recall memories and visions. The century-old trees which dominate so characteristically the Roman landscape become testimony for the principal events in Roman life.

For further clarification, he included the following explanation in the score:

The Pines of Villa Borghese. Children are at play in the pine grove of the Villa Borghese, dancing the Italian equivalent of “Ring around a Rosy”; mimicking marching soldiers and battles; twittering and shrieking like swallows at evening; and they disappear. Suddenly the scene changes to –

The Pines near a Catacomb. We see the shadows of the pines, which overhang the entrance of a catacomb. From the depths rises a chant which reechoes solemnly, like a hymn, and is then mysteriously silenced.

The Pines of the Janiculum. There is a thrill in the air. The full moon reveals the profile of the pines of Gianicolo’s Hill. A nightingale sings (represented by a recording of a nightingale song, heard from the orchestra).

The Pines of the Appian Way. Misty dawn on the Appian Way. The tragic country is guarded by solitary pines. Indistinctly, incessantly, the rhythm of innumerable steps. To the poet’s fantasy appears a vision of past glories; trumpets blare, and the army of the Consul advances brilliantly in the grandeur of a newly risen sun toward the Sacred Way, mounting in triumph the Capitoline Hill.