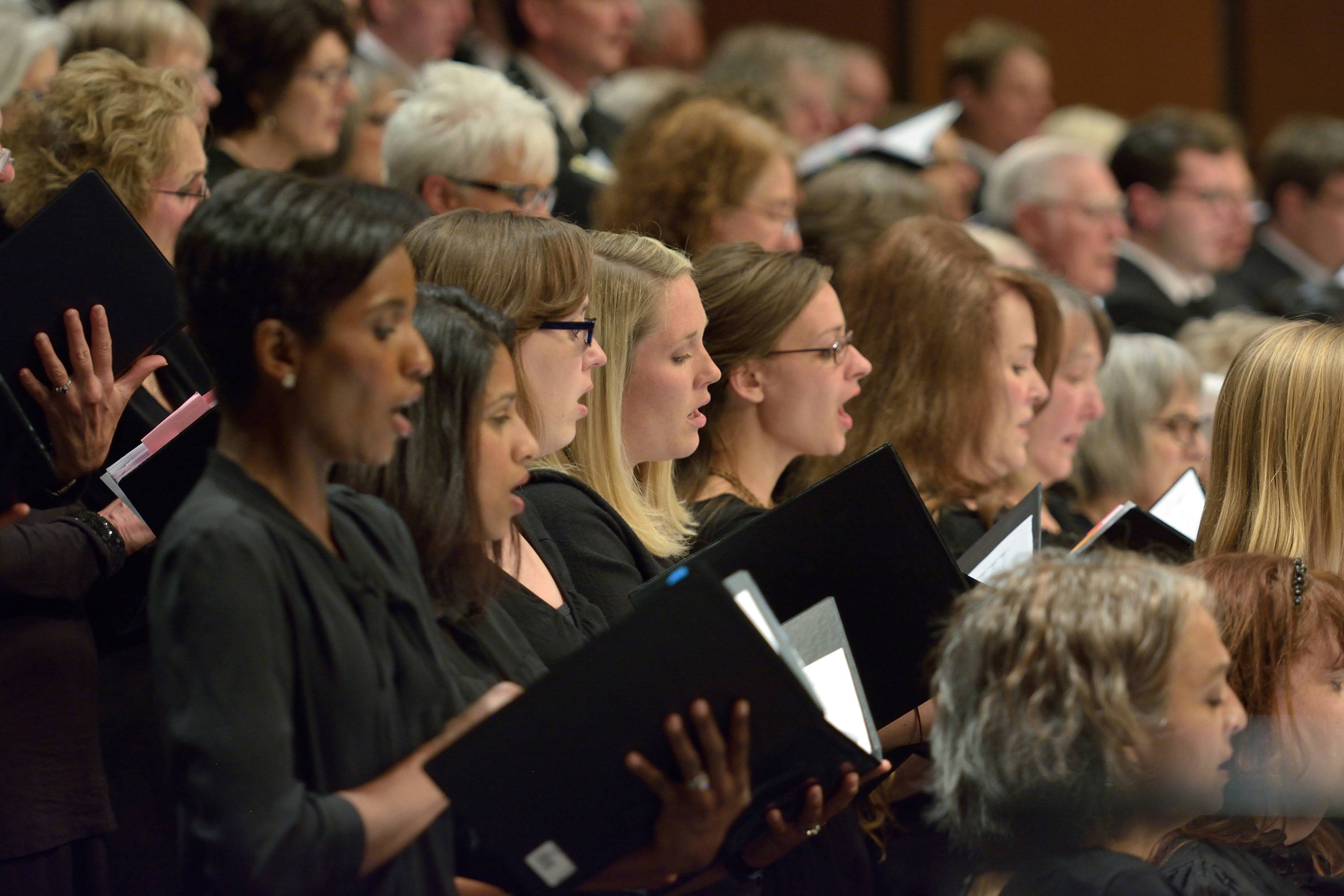 Mahler summons the massive forces of a huge orchestra, soloists and chorus for the spiritual quest that is his Symphony No. 2, Resurrection. The composer takes us through a journey at times turbulent, nostalgic, joyous and anguished, leading toward a finale of hope and redemption.

By 1888, Gustav Mahler already had many successful conducting jobs. In just eight years, he had conducted the opera companies of Bad Hall (near Linz), Ljubljana, Iglau, Olmütz, Kassel, and Prague. Now he was the number two conductor in Leipzig. There he completed the project of resurrecting Carl Maria von Weber’s unfinished opera Die drei Pintos. He was also working on two compositions simultaneously. The first was his Symphony No. 1, later called “The Titan.” The second was a continuation of the idea of the first, but this time as a symphonic poem called Todtenfeier (Funeral Rite.) He eventually put the Todtenfeier aside in favor of finishing the First Symphony, moved to Budapest and then on to Hamburg. Five years later, he realized that the symphonic poem was just right for the first movement of a new symphony, so he wrote four more movements to complete what is now known as his Resurrection Symphony.

Mahler wrote symphonies at a time when audiences expected a sort of written explanation of the music—a “program.” Although he provided copious explanations of his Second Symphony, it wasn’t without objection:

It only gives a superficial indication, all that any program can do for a musical work, let alone this one, which is so much all of a piece that it can no more be explained than the world itself. I’m quite sure that if God were asked to draw up a program of the world He created He could never do it. At best it would say as little about the nature of God and life as my analysis says about my C-minor symphony.

Nevertheless, after the premiere of the symphony, Mahler provided at least three distinct programs. Henry-Louis de La Grange’s masterful and all-encompassing biography offers them all. Here is an amalgamation:

I have called the first movement Totenfeier and, if you are interested, it is the hero of my First Symphony who is being carried to his grave and whose life I imagine I can see reflected in a mirror from a high watchtower. At the same time the big question is being asked: Wherefore hast thou lived? Wherefore hast thou suffered? Is it all some great, fearful joke? We must answer these questions in some way if we are to continue living. . . . The man in whose life this call resounds must give an answer, and I give it in the last movement.

The second and third movements are conceived as an interlude: the second a memory! A ray of sun, clear and untroubled, from the hero’s life. I am sure you have experienced this while you were carrying to his grave someone who was near to your heart; perhaps on the way back there suddenly appeared the image of an hour of happiness long passed, which lit up your soul and which no shadow can spoil.

When you awaken from this melancholy dream and must return to life’s confusion, it can easily happen that the ceaseless agitation, the meaningless bustle of life, seems to you unreal, like dancing forms in a brightly lit ballroom: you watch them from the darkness and from a distance, so that you cannot hear the accompanying music! And so life seems without meaning, a fearful nightmare from which you awaken with a cry of horror.

Mahler orchestrated a folk song from the collection Des Knaben Wunderhorn (The Youth’s Magic Horn) for the fourth movement of the symphony: “In Urlicht the questions and struggle of the human soul for God, as well as its own divine nature and existence, come to the forefront.”

It was at the funeral of the great conductor Hans von Bülow that Mahler got the inspiration for the last movement. He heard Friedrich Klopstock’s Resurrection Ode at the service. “It struck me like lightening,” Mahler wrote, “everything was revealed to my soul, clear and plain.” He took part of Klopstock’s Ode, added his own words to it, and included it in the grand finale:

The last movement starts with the same dreadful death cry which ended the Scherzo. And now, after these frightening questions, comes the answer, redemption. To begin with . . . the day of judgment, a huge tremor shakes the earth. Then the last trump sounds. The graves burst open, all the creatures struggle out of the ground, moaning and trembling. Now they march in mighty processions. . . . Finally, after they have left their empty graves and the earth lies silent and deserted, there comes only the long-drawn note of the bird of death. Even he finally dies.

What happens now is far from expected: no divine judgment, no blessed and no damned, no Good and no Evil, and no judge. Everything has ceased to exist. Soft and simple, the words gently swell up. . . . Here the words suffice as commentary and I will not add one syllable. The big crescendo which starts at this point is so tremendous and unimaginable that I do not myself know how I achieved it.