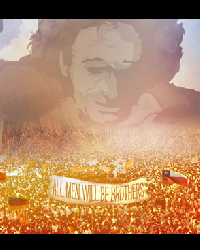 Join the Lansing Symphony Orchestra and the East Lansing Film Festival for a screening of Kerry Candaele's powerful documentary film. Described as "thrilling, smartly assembles and gracefully paced," by the New York Times, this film follows Beethoven's ninth and final symphony and its impact across the world. You can preview the trailer at followingtheninth.com.