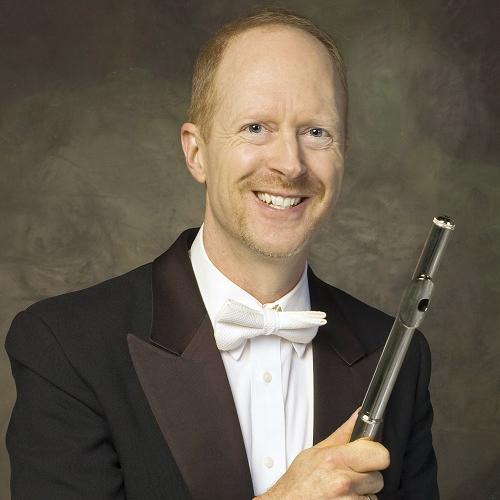 Richard Sherman is professor of flute at the Michigan State University College of Music.

Active as a soloist, orchestral musician, and recitalist, he is a dynamic performer of outstanding dramatic power. He received a bachelor of music degree from the Eastman School of Music, a master of music degree from Northwestern University, and had postgraduate study at the Royal College of Music in London. Sherman is former principal flute with the Rochester (New York) Philharmonic Orchestra, and is principal flute with the Chautauqua (New York) Symphony Orchestra and the Lansing Symphony Orchestra. He has given performances with the Chicago Symphony, the English Chamber Orchestra, the Detroit Symphony and the Toronto Symphony. He has performed as a soloist with the Columbus Symphony, the Rochester Philharmonic, Youngstown Symphony, Lansing Symphony, and Chautauqua Symphony, among others. Sherman is the recipient of an ITT International Fellowship, and the Henri Cohn Memorial Prize at Tanglewood for most outstanding fellowship student. He has given master classes throughout the country, including Eastman School of Music, Northwestern University, Louisiana State University, Ohio State University, Arizona State University, Brigham Young University, and Youngstown State University. He has given master classes/recitals at the Sydney Conservatory in Sydney, Australia, and at the Queensland Conservatory in Brisbane, Australia. His recordings with pianist Ralph Votapek, Flute Sonatas and American Landscape, are released on Summit Records. The French Album, with pianist Kimberly Schmidt, was released in January 2006 to critical acclaim. Fanfare's Jerry Dubin writes: "I cannot imagine any of this music being more beautifully or lovingly played than it is here..." Sherman's most recent album, French Album II, Homage to Pedagogy, with pianist Ralph Votapek, was released on the Blue Griffin Recording label in 2012.